Vik Muniz, Origin of the World, After Courbet, 1999

Edwynn Houk Gallery is delighted to present an exhibition that explores appropriation in contemporary photography through the work of four artists: Robert Heinecken, Lalla Essaydi, Vik Muniz and Sebastiaan Bremer. Appropriation refers to the adaptation, borrowing or recycling of an object or image in the creation of a new work of art. This exhibition will explore how these four artists, living in an age of mass media and subject to the daily bombardment of imagery, use a combination of photography and appropriation to create their own distinct styles of art-making. Borrowing from the familiar, each artist uses a unique and recognizable method to transform his or her subject into something entirely new.

Robert Heinecken (American, 1931-2006), a self-described “para-photographer,” rarely used a camera, yet his career was devoted to exploring photography’s conceptual possibilities and highlighting its influence on contemporary art. He appropriated and manipulated found photographs and images from mass media, highlighting America’s increasing obsession with sex, celebrity, violence, and consumerism. To create his seminal portfolio ‘Recto/Verso,’ Heinecken used pages torn from glossy women’s magazines in place of a photographic negative – passing light through the paper so both sides of the magazine page appear simultaneously. The resulting juxtapositions – violent, erotic and humorous - are unpredictable and powerful, offering a subversive observation of the glitz and superficiality of the media.

It takes Lalla Essaydi (Moroccan, b. 1956) approximately one year to produce each of her photo shoots. The artist painstakingly applies calligraphy in henna to the bodies, faces, hands, and feet of her models, as well as all the fabrics worn by them and draped in the scene. Finally, she poses the models after recognizable 19th-century French paintings. The writing, auto-biographical and stream-of-consciousness in nature, describes her experiences as a woman and artist traversing cultures: born in Morocco, Essaydi was married and raised children in Saudi Arabia before attending art school and settling in the United States. Combining her unique perspective and artistic process with the recognizable poses of 19th-century Orientalist masterpieces, she focuses attention on her own resolutely contemporary concerns and specifically on the representation of women in art. Essaydi, appropriating the same poses and titles as the source paintings, subtly criticizes the historically narrow and eroticized portrayal of Middle Eastern women.

Throughout his career of over 25 years, Vik Muniz (Brazilian, b. 1961) has used an extensive variety of materials, including magazine clippings, scraps of paper and discarded photographs, ink, caviar, sugar, toys, junk, garbage, and wire, to recreate familiar images, such as the Mona Lisa assembled from puzzle pieces, or a Picasso painting formed entirely from raw pigment powders. He then photographs his rendering before destroying it. Muniz taps into our collective memory, using the vast repository of known and recognizable artworks and images, yet going beyond both pictorial and photographic representation. With a wry and canny combination of high and low, Muniz uses the photograph not in the traditional sense, as a recording of reality, but instead as a document of his illusion.

The unique works by Sebastiaan Bremer (Dutch, b. 1970) are collages from various sources and familiar styles, blending Modernist photography with Cubist references. Bremer works directly on the surface of his photographs, applying acrylic paints and etching into the emulsion with an x-acto blade. The result is a collage of startling and recognizable elements: fragments of Brassaï and Bill Brandt photographs are mixed with bits of Picasso, Matisse and Bellmer. The panoply of styles and mix of art historical references are all overlaid with Bremer’s own figurative enhancements. The altering, juxtaposing and shifting of styles and sources within each individual work demonstrates just how multi-faceted appropriation can be.

Robert Heinecken is currently the subject of ‘Object Matter,’ a major career retrospective at the Museum of Modern Art, New York. He was the founder of the Photography Department at UCLA and served as its head for over thirty years. Lalla Essaydi’s work is included in numerous important collections including the San Francisco Museum of Modern Art, and the Musée du Louvre, Paris. In 2012, there was a major retrospective of her work at the Smithsonian National Museum of African Art in Washington DC. Vik Muniz has been included in numerous major museum exhibitions and is represented in several public collections, including the Museum of Modern Art, New York and the Tate Gallery, London. He was the subject of the Academy Award nominated film, “Waste Land,” in 2010. Sebastiaan Bremer lives and works in New York. A new monograph of his work, Heavenly Joy, Deadly Sorrow, is to be published in 2014. His work is included in the collections of the Museum of Modern Art, New York and the Victoria and Albert Museum, London, among others. 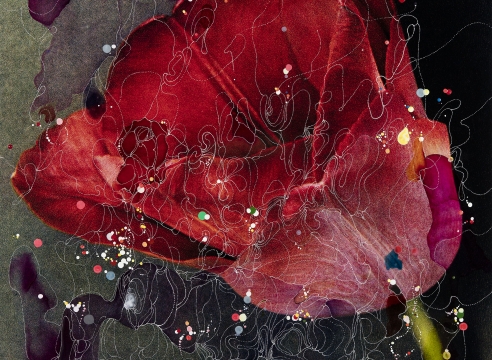 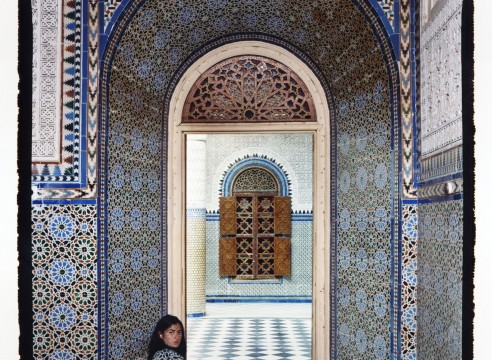 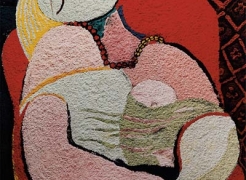 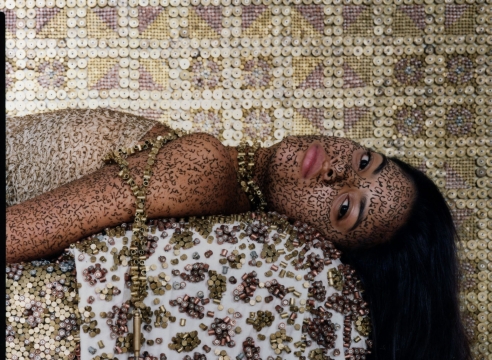