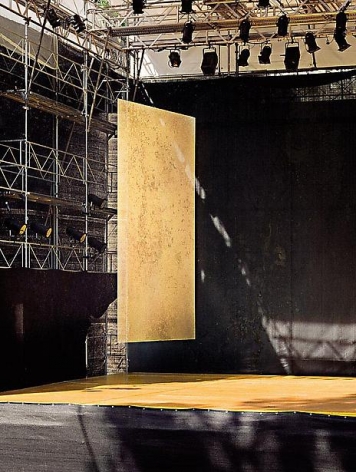 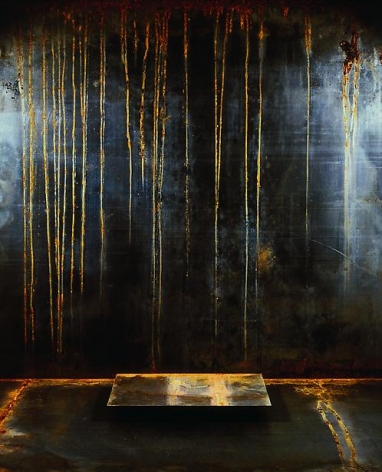 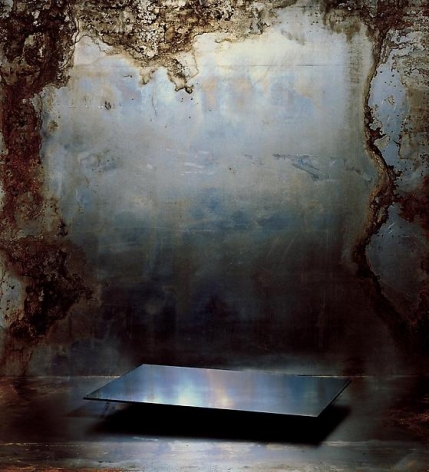 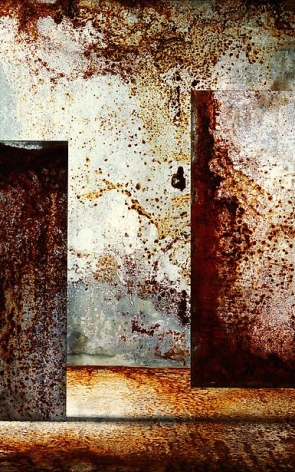 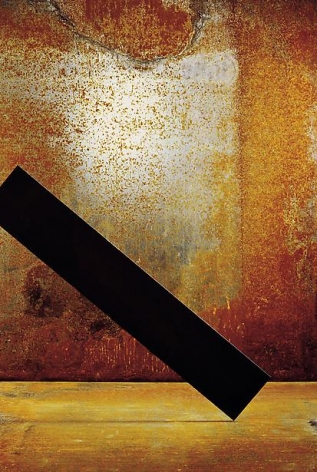 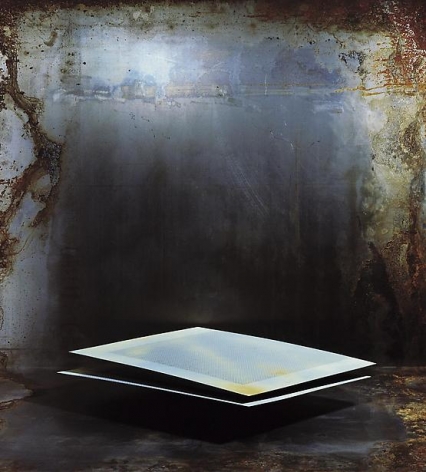 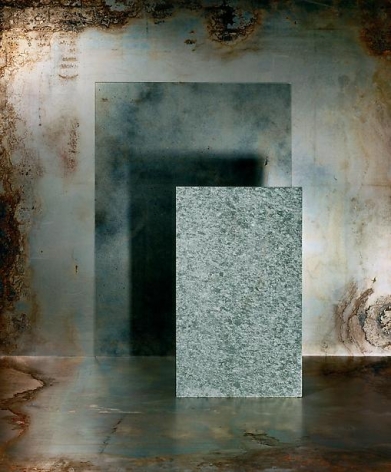 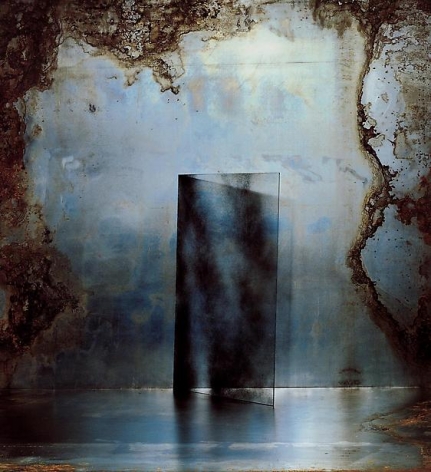 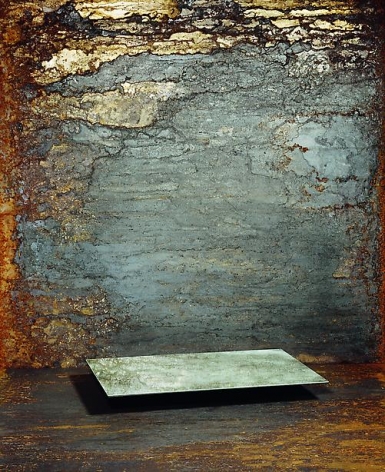 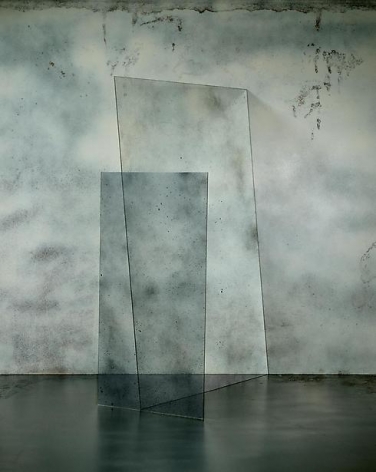 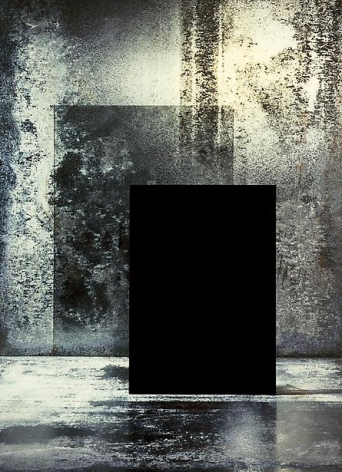 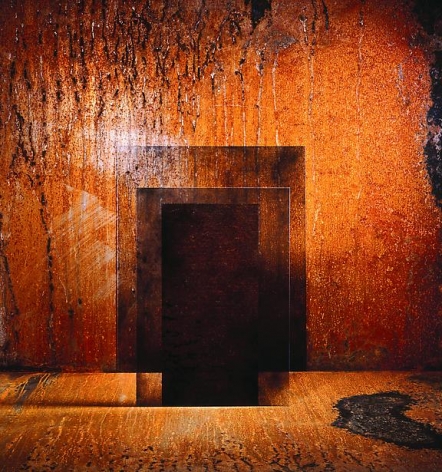 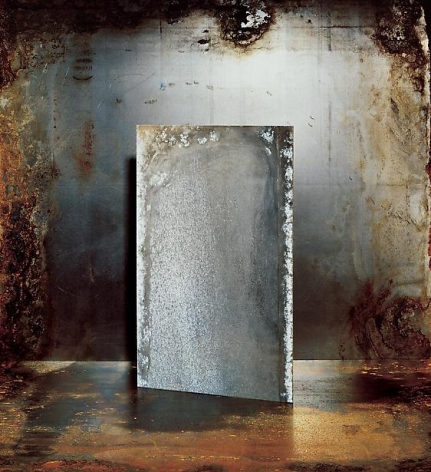 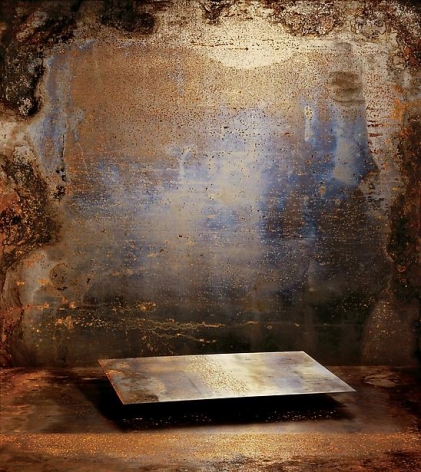 Galerie Edwynn Houk Zur Stockeregg is delighted to present new work by the Geneva-based photographer Béatrice Helg for its second exhibition in Zürich. The select group of works on display will include examples from her most renowned series, Crépuscule, Éveil and Profondeurs as well as pieces from her recent series, Avant-scène.

Throughout her thirty year career, Helg has taken her principle inspiration from architecture and theater, constructing images in the manner of stage sets, and exploring geometric forms and found materials such as steel plates, rusted iron or glass. With an extraordinary sense of light, she “sculpts” the space and creates monumental worlds. Her pictures are improbable studio installations: sheets of metal hover just above the floor, panes of frosted glass are balanced precariously upon one another… a metaphysical drama is played out.

The artists who have inspired her range from the Constructivists and Bauhaus instructor László Moholy-Nagy to the Surrealists like Man Ray, but invariably they are figures who, like her, regard photography almost as an experimental tool, one whose true powers can only be glimpsed through work in the studio. She practices in the tradition of fabricated, staged photography, but rather than simply depicting physical objects, she suggests apparitions or unseen presences. Only in the most recent series Avant-scène does she provide a clue to the dimensions of the space depicted: we can see a real stage, with its lighting rig.

Béatrice Helg was born in Geneva in 1956. She studied photography in California and New York in the late seventies, and in 1979 she took part in the organization of Venezia ’79 – la Fotografia. Her work has been exhibited widely within Europe and the United States, with solo exhibitions at the Museum Tinguely, Basel; The IVAM (Institut Valencià d’Art Modern), Valencia, Spain; Rencontres d’Arles, France; and the Museum of Photographic Arts, San Diego. Her work is in numerous public collections including the Bibliothèque Nationale, Paris; International Center of Photography, New York; Los Angeles County Museum of Art; Museum of Fine Arts, Houston and the National Gallery of Canada, Ottawa. This is Helg’s first solo exhibition with Edwynn Houk.