Bill Brandt’s repertoire ranges in subject from stark photojournalism and solemn landscapes, to bold portraits and highly abstract nudes. Fusing together the two dominant currents of modernist photography—the documentary and the surreal, Brandt created a unique and intensely expressive style. Indicative of this style, his nude images evoke a mysterious tranquility, forcing the viewer to contemplate the ambiguity of form.

Brandt (British, b. Germany 1904-83) began his career in Paris in 1929, training under Man Ray as the artist’s assistant. In 1931 he embarked on his first important project, the production of The English at Home. In this classic book, Brandt photographed the prevailing social contrasts of British society with its jarring distinction between members of high society and of the working class. Following this first book, the work of Brandt’s dear friend, Brassaï in Paris de nuit, inspired the 1936 publication, A Night in London. This project explored the dark aspects of the London streets; it catalyzed the period throughout the 1930s and early 1940s in which Brandt established his reputation as a photojournalist, working steadily for The Weekly Illustrated, Liliput, and Picture Post. Brandt’s chronicles of industrial towns hit by economic hardship in the north of England, and of London in the time of the Blitz, are classics examples of documentary photography.

In the post-war period, Brandt dramatically shifted his artistic focus. As he explained it, he “gradually lost his enthusiasm for reportage,” finding that his “main theme of the past few years had disappeared; England was no longer a country of marked social contrast.” Brandt subsequently turned to nudes, portraiture and landscapes.

The 1961 publication Perspective of Nudes presented 15 years of Brandt’s work with the genre. Following the book, however, Brandt did not photograph nudes again until 1977. Perhaps because of their intense and provocative ambiguities, this series of Brandt’s was not always understood at the time. Today Brandt’s series of nudes are considered his most innovative work. Shot with a wide-angle lens and particular attention to lighting, Brandt nudes exist in a parallel world where an overtly aggressive camera is not intrusive, but rather a quiet, yet imminent extension of the eye. Dramatic with their highly contrasting blacks and whites, and enigmatic with their object displacements and optical distortions, the nudes read as alluring and daring studies in abstraction.

The Edwynn Houk Gallery exhibition coincides with the publication of the special edition book, Brandt Nudes: A New Perspective. Compiled by the artist’s grandson and executor of the estate, J. P. Kernot, and published by the Bill Brandt Archive, this limited edition book contains more than 140 duotone images and text by Mark Haworth-Booth, senior curator and photographic historian at London’s Victoria and Albert Museum. 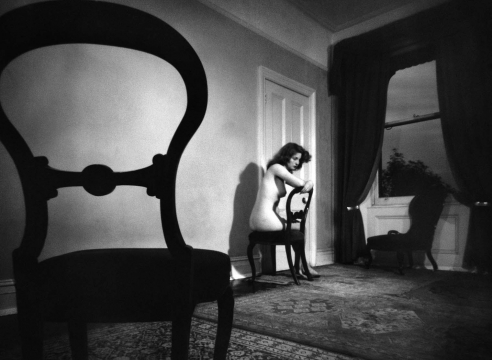 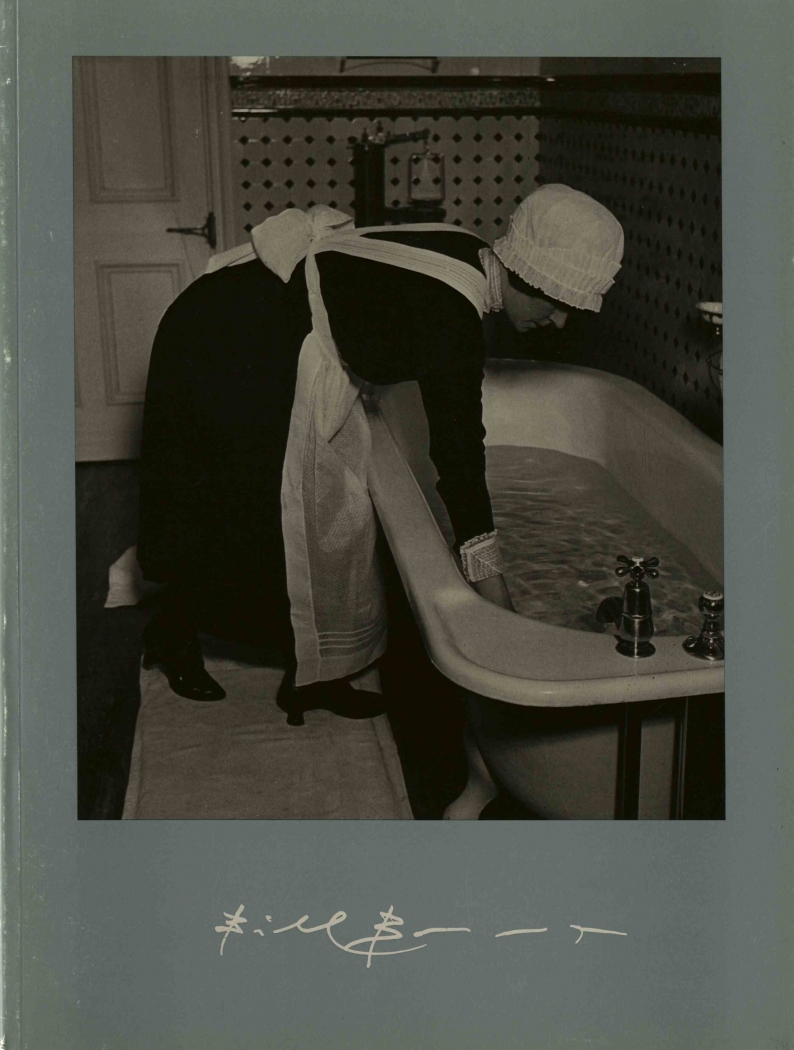