The Clubhouse of the Louisville Outlaws, Louisville, KY, 1966

Barbara at the Chicago Outlaw Clubhouse, 1966

From My First meeting with the Outlaws, Chicago, 1965

Self Portrait in a Car Mirror, Chicago, 1965

Avenue F, Heart of the Negro Neighborhood, From Lloyd and Connie's Room, Galveston, 1967

An Armed Robber from Philadelphia in Galveston, 1967

Artist’s books often serve to define the best-known images of an entire series. As in Robert Frank’s The Americans and Walker Evans’ American Photographs, the illustrated images become the most iconic and most recognized images from these artist’s series. When it is time to reissue these great monographs, publishers, artists and editors alike will use the benefit of retrospect, to re-edit, and often expand the selection of images in order to reproduce other important works that had previously not been included.

In a reexamination of the artist’s career, the works in this retrospective exhibition have been selected because they have never been published. Comprised of unique prints, decorated photographs, variants of iconic images and never-before-seen works, the exhibition uses Lyon’s important monographs as a guide, including The Destruction of Lower Manhattan (first edition: MacMillan Company, 1969; Revised Edition: Powerhouse Books, 2005), The Bikeriders (first edition: MacMillan Company, 1968; Revised Edition: Twin Palms Publishers, 1997; Third Edition: Chronicle Books, 2003), Conversations with the Dead: Texas Department of Corrections (Holt, Rinehart and Winston, 1969). And with the addition of these previously unpublished works, the exhibition will add to a more complete understanding of Lyon’s important contribution to the history of photo-documentary.

A writer and filmmaker as well, Lyon has taught non-fiction film at Columbia University, SUNY and CUNY, and has self published numerous books and films through his company, Bleak Beauty (www.bleakbeauty.com). Lyon is a past recipient of fellowships from the National Endowment for the Arts and the Guggenheim Foundation and The Rockefeller Foundation in both filmmaking and photography. He continues to make photographs and films, splitting his time between Upstate New York and Sandoval County, New Mexico. 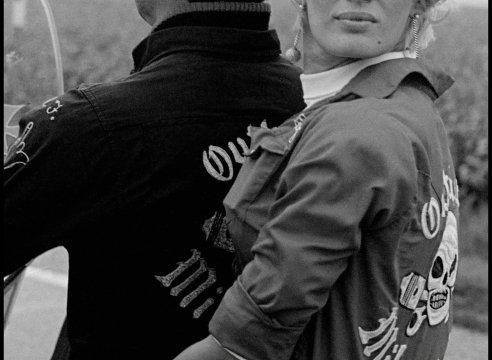 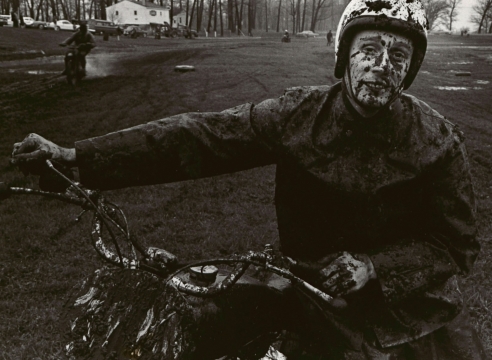 Covering six decades of artistic output, Danny Lyon’s first full retrospective provides an inclusively robust cross section of his work as a photographer, filmmaker, and writer, so much so that it opens the door to a wholesale re-evaluation of his long career. What it shows us is that the first decade of Lyon’s career (from roughly the early 1960s to the early 1970s) burned with an astonishingly incandescent brightness that few have matched before or since. In that one ten year span, Lyon delivered no less than four stand alone lightning strike projects of durable significance, along with several other in-between efforts of overlooked merit. Seeing that consistent intensity of engagement clearly laid out in a series of well-edited adjacent rooms is immensely impressive. 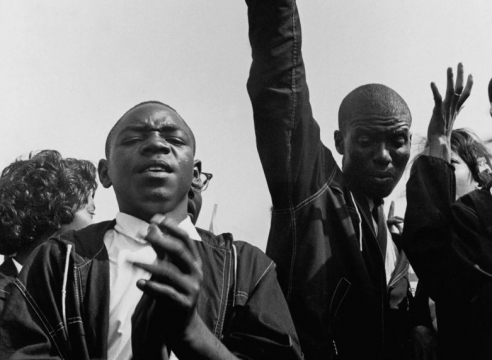 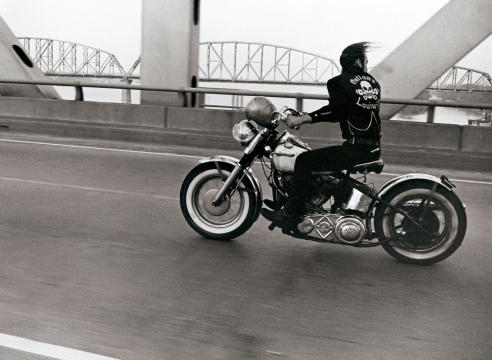 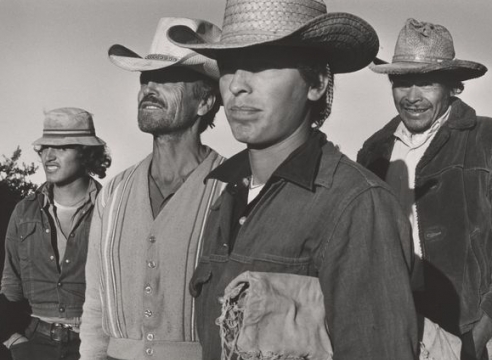 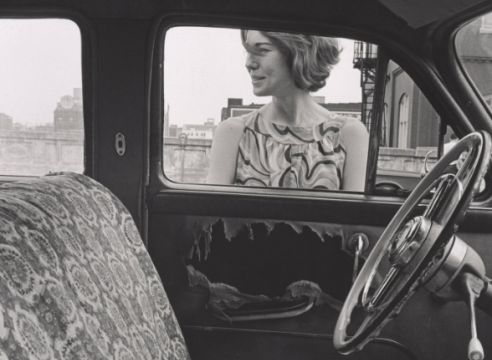