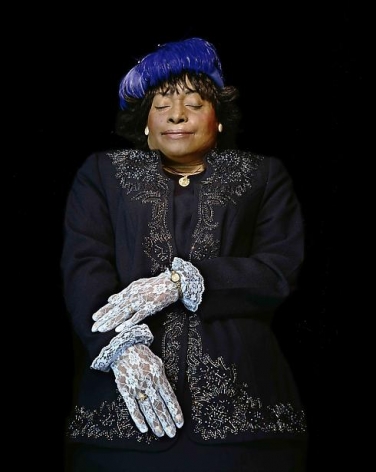 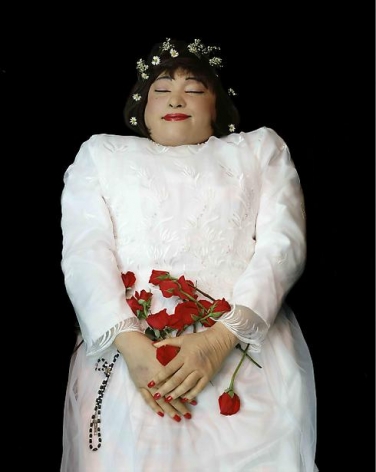 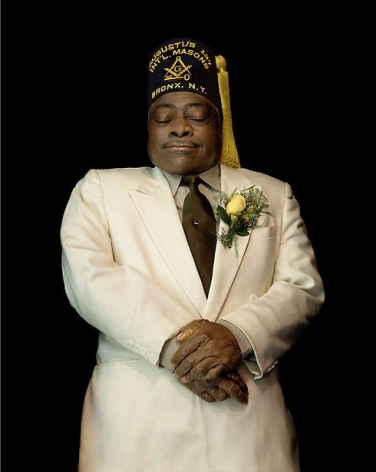 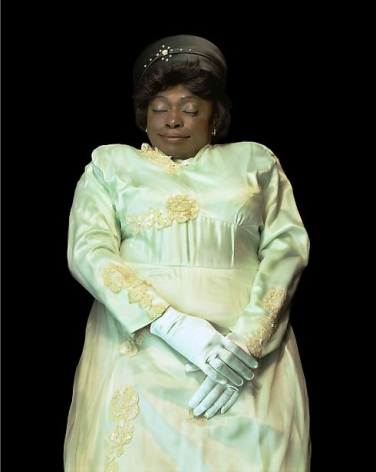 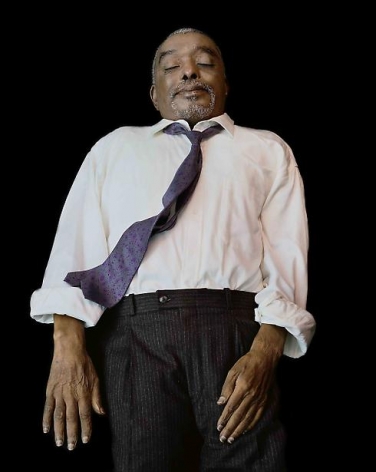 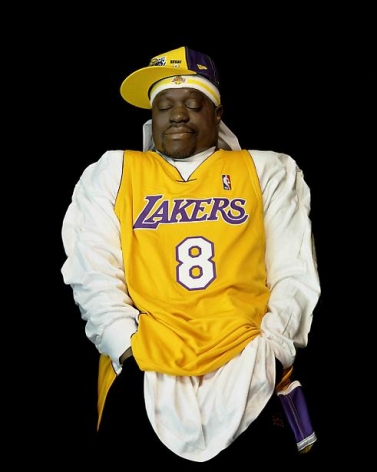 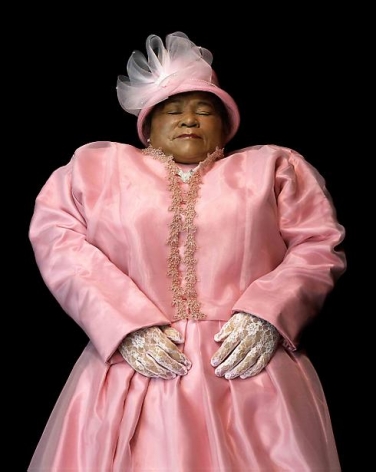 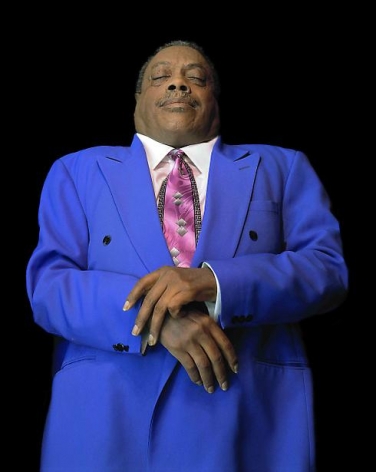 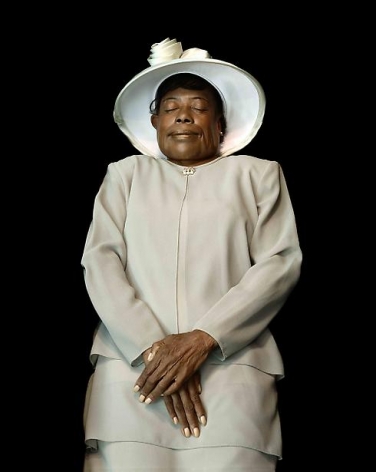 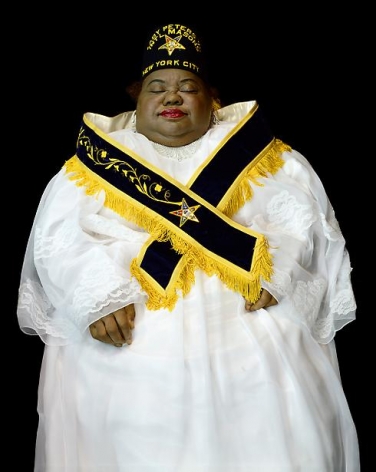 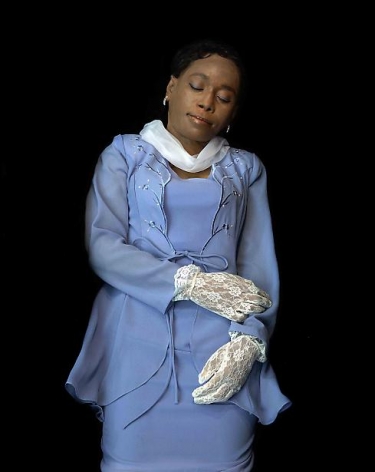 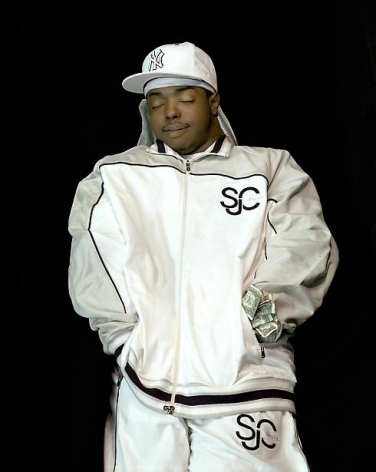 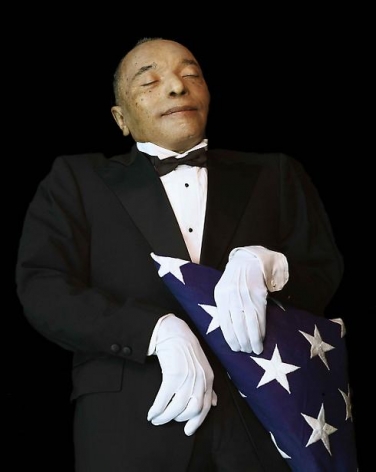 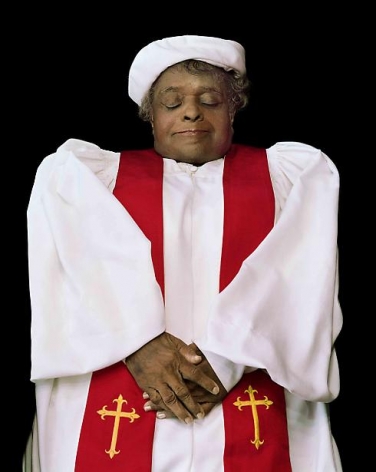 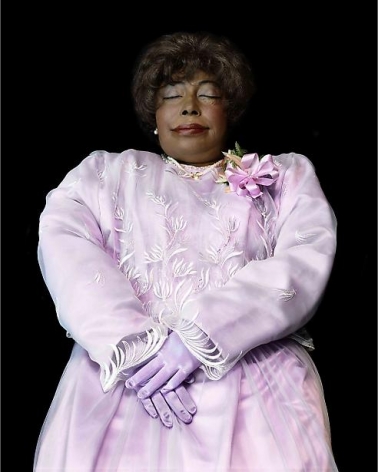 Shot in a Harlem funeral parlor, Heyert's nearly life-size color photographs evolved from her fascination with the practice of some members of the Harlem community, people with traditional ties to their church and to their Southern roots, of elaborately dressing corpses for burial. No matter the circumstances of their life, or death, the departed are, in one undertaker's words, “going to the party”-jubilantly dressed in satin dresses, white suits, tuxedos, and magnificent hats, for their journey to paradise. Mesmerized by this gorgeous preparation ritual for greeting life after death, Heyert embarked on a project to photograph the beautifully coiffed and adorned bodies as if she were making formal portraits of living human beings. Heyert's portraits offer a provocative meditation on humanity, dignity, and death, while poignantly highlighting a fading funeral custom associated with the changing Harlem community.

“My portraits aren't about death, but about people's lives,” says Heyert. “They're not unlike eulogies: these photographs are visual accounts of what the living want to remember, the stories we all want to tell about the dead.” Taken with the permission of the funeral director, and written permission from the individual families involved, the 30-by-38-inch photographs are formal portraits rather than documents of bodies in coffins. Heyert employed a black cloth as a backdrop to conceal the casket and focus on the deceased. Perched on a tall ladder, she photographed her subjects from overhead using an 8 x 10 view camera and elaborate portrait lighting. By design Heyert's portraits challenge our perceptions of what it means to be human, and what it is we see when we look at the dead and the living. At first glance, her subjects often appear to be alive, merely caught in a reflective moment with their eyes gently closed.

Works in the series include images of people, ranging in age from 22 to 101 years, who died in Harlem in 2003 or 2004. The portrait of Daphne Jones, who passed away in 2003 at the age of 49, shows a woman as if peacefully sleeping, her hands in white lace gloves resting against the light-blue gown that covers her body. Nearly a year later Heyert photographed Jones's son, James Earl Jones, who is dressed in a new Sean John tracksuit and Timberland boots. He died in 2004 at the age of 22.

Captions that accompany the photos (stating name, the date and place of birth, and the date of death in Harlem) reveal that over half of Heyert's subjects were born in the American south-Georgia, the Carolinas, Virginia, Mississippi, and Tennessee. Taken together, the images and text provoke questions about the journey the people had on earth, in many cases virtually spanning the 20th century, as well as the one they were dressed to embark on.

Heyert has long been interested in portraiture-she is author of the 1979 book The Glass-House Years: Victorian Portrait Photography 1839-1870- and wanted to explore alternative forms of the genre in her own work. Her 2002 series The Sleepers features black-and-white portraits of people sleeping in the nude. (In 2003 the images were exhibited at Edwynn Houk and published in a book of the same title.) In The Travelers, Heyert invites us to ruminate on the beauty and complexity of ordinary lives, once their full story has been told, as well as to witness a cultural history that is vanishing.

A selection of “The Travelers” has been exhibited at the Musée de l'Elysée in Switzerland and the Hayward Gallery in London. The works have also been the subject of a short feature by TVE Spain, a National Public Radio program, a feature article in the Swiss publication Femina, and a feature article in The New York Times.

Elizabeth Heyert was born in New York. She received a Master's degree from the Royal College of Art in London, where she studied with Bill Brandt. Heyert first gained prominence for her photos of architecture and interiors, which have appeared in numerous magazines and books. Her fine art photography is in the collections of major museums, including the Metropolitan Museum of Art and the San Francisco Museum of Modern Art. This is Heyert's second solo exhibition with the Edwynn Houk Gallery.