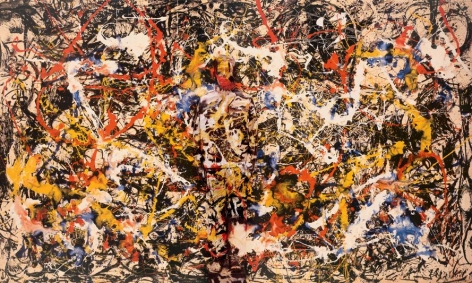 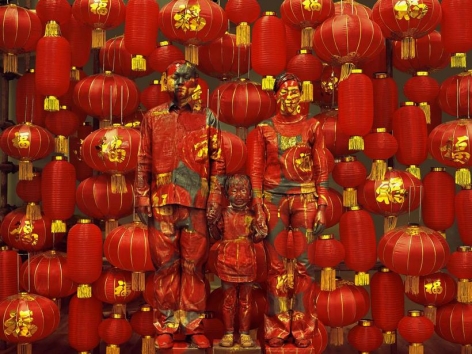 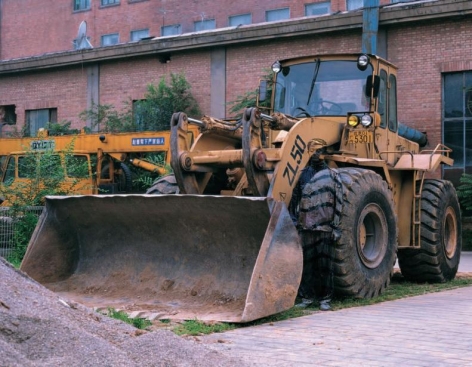 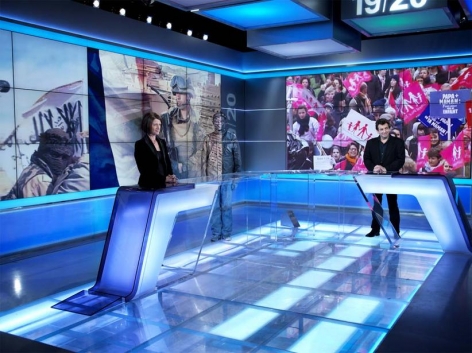 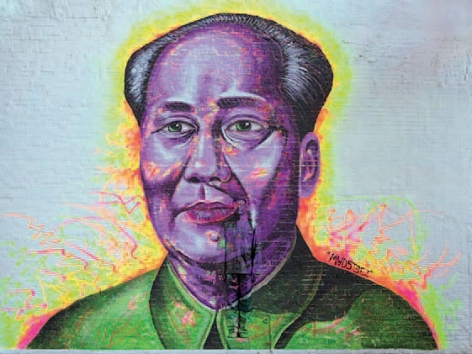 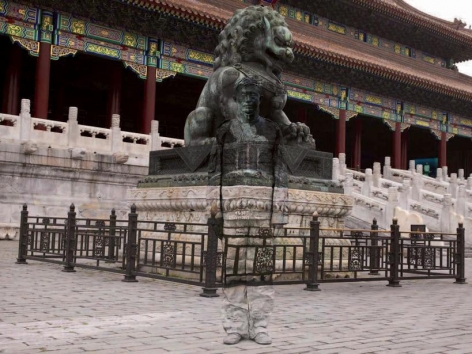 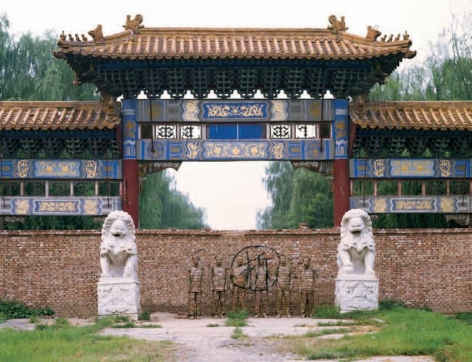 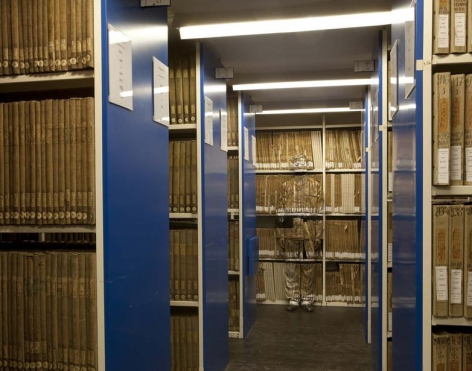 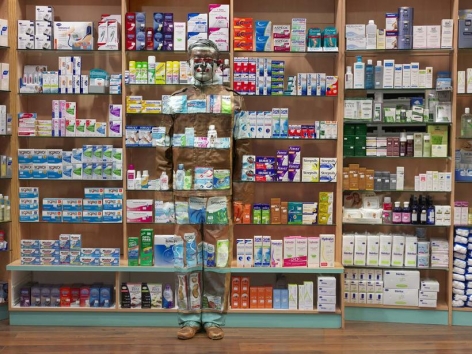 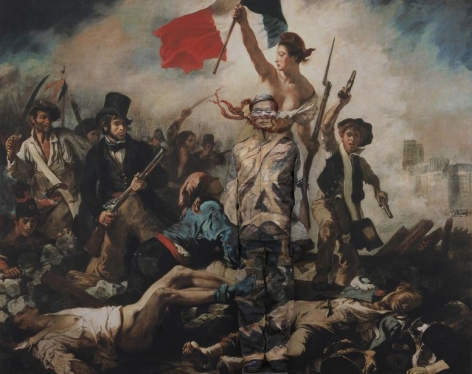 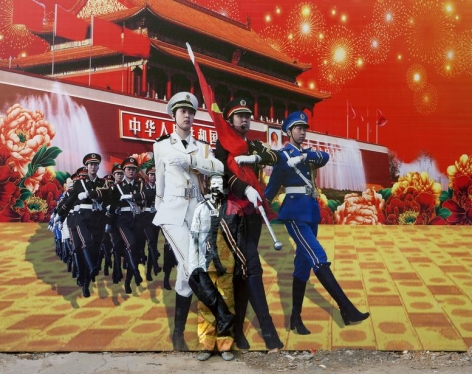 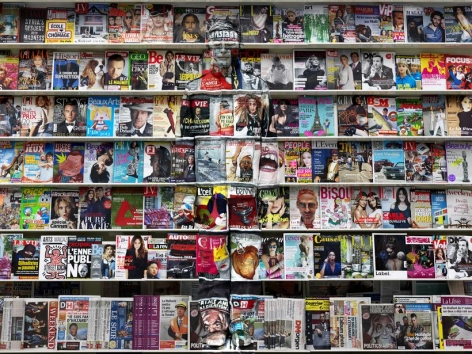 Galerie Edwynn Houk is pleased to announce our inaugural exhibition of photography by Liu Bolin (Chinese, b. 1973). Born in Shandong Province, Liu moved to Beijing where he graduated from the prestigious Central Academy of Fine Arts with a Master’s degree in sculpture. He came of age during the 1990s, a period that witnessed the emergence of China from the remaining ashes of the Cultural Revolution, as well as the Tiananmen Square protests of 1989. In all of his work, Liu is committed to examining and protesting the ramifications of the rapid economic development, environmental deterioration, consumerism, and urbanization of his homeland.

In this process, Liu incorporates sculpture, performance art, body painting and photography. After selecting a background that is often an urban landmark or place of personal relevance, the artist poses before the site dressed in a Chinese army uniform. Assistants then meticulously paint Liu’s body, face and uniform to merge him seamlessly into the background creating simultaneously a slow disappearing act as well as an embodiment and reflection of his environment. This chameleonic process can sometimes take up to 10 hours at a time. Upon completion of the body painting, a photograph is taken of the scene and performance.

Liu’s first such series and his most well known to date, Hiding in the City, began in 2005 as a response to the authorities demolition of the artists’ village where his studio was located, in order to make way for construction projects for the 2008 Beijing Summer Olympics. Foundational to the works are Liu’s sense of individual disempowerment and displacement. The spectacles serve as an act of opposition on behalf of individuals who seem invisible within China’s political and economic power structures in its move towards modernization.