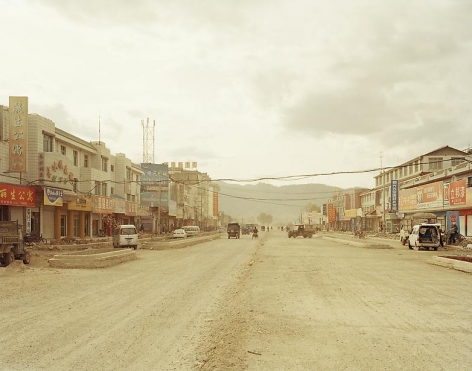 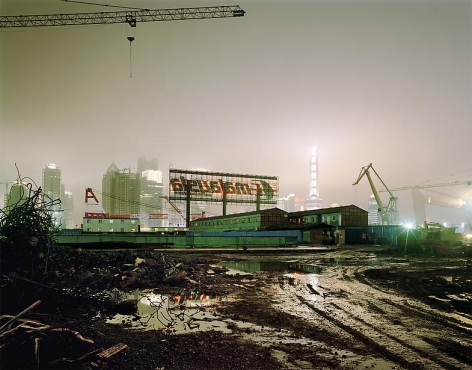 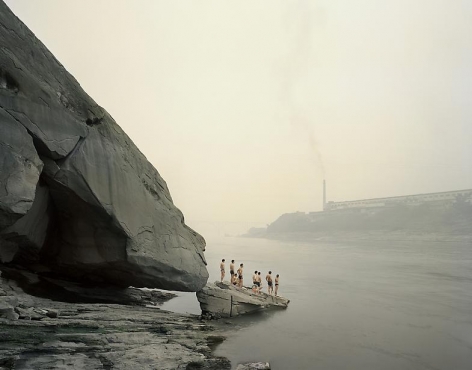 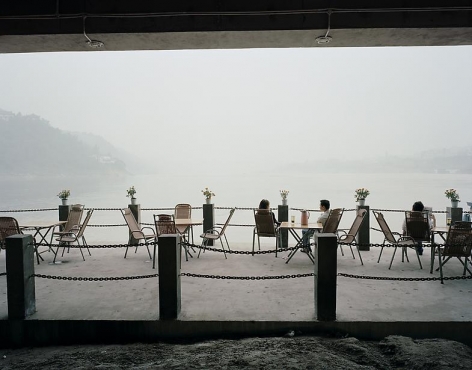 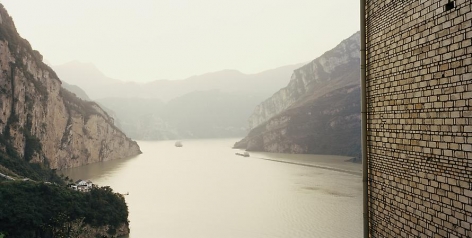 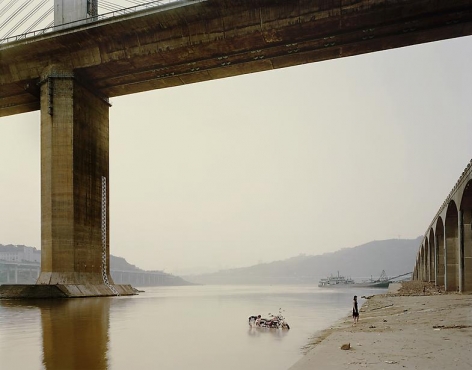 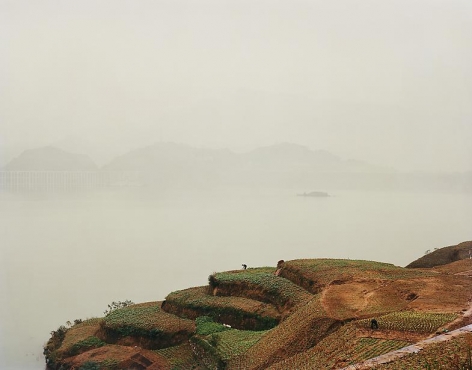 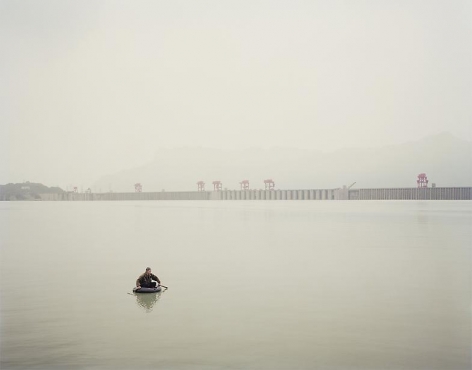 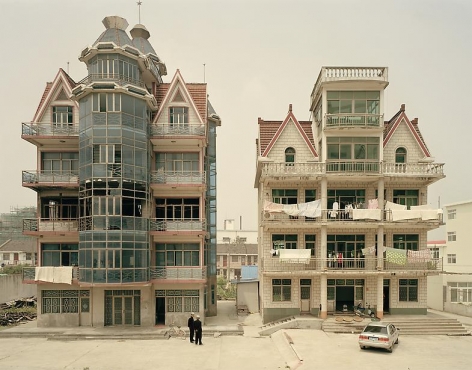 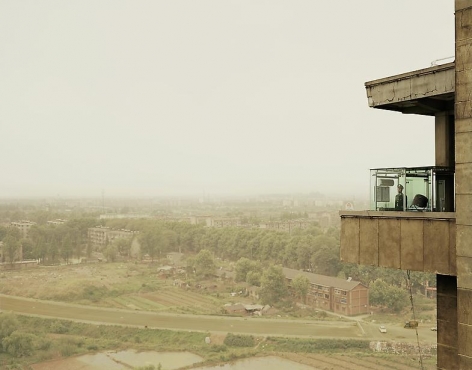 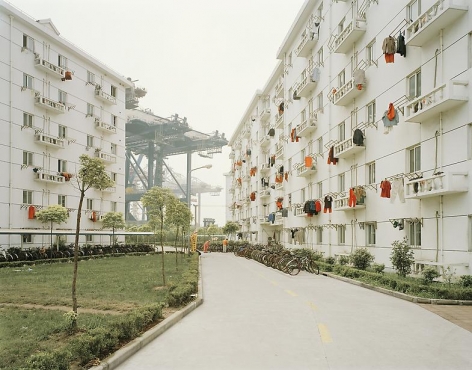 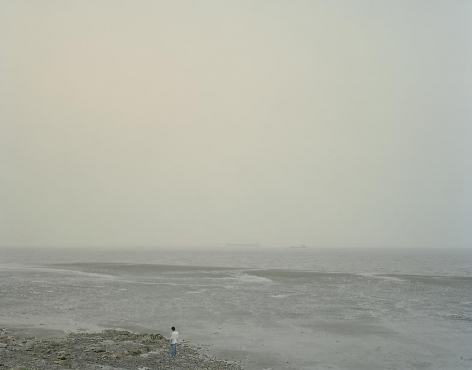 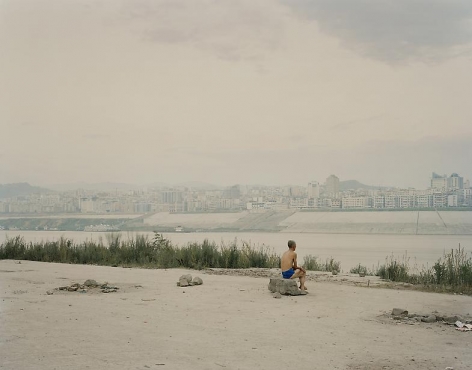 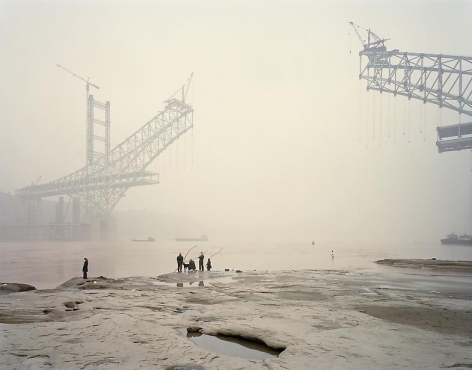 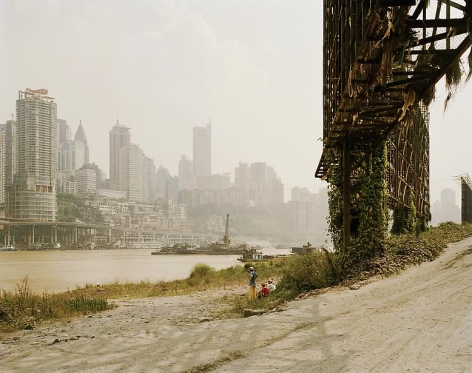 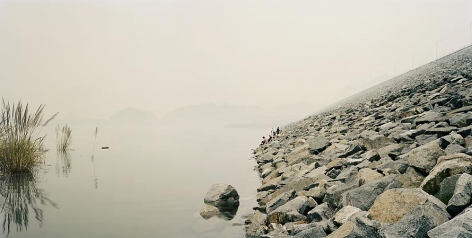 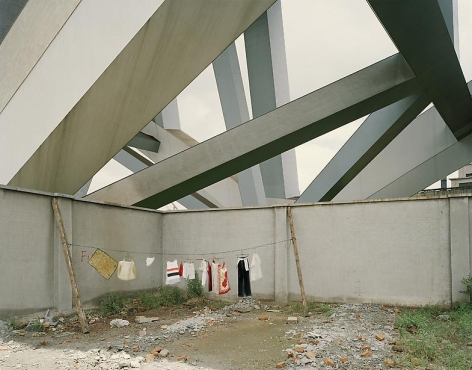 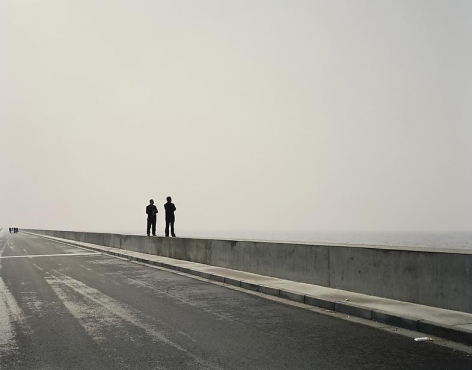 Galerie Edwynn Houk is delighted to exhibit photographs by the London based photographer Nadav Kander’s Yangtze – The Long River. Completed in 2009, Yangtze chronicles several journeys that Kander took over three years, travelling upstream and westwards, from the mouth of the world’s third longest river in Shanghai, to the source in the Sichuan province, 4000 miles away. The series, in its entirety, has been published in a single volume by Hatje Cantz, with an introduction by the former UN Secretary General, Kofi Annan.

The blazing pace of development in China, perhaps most clearly seen along the Yangtze, had long fascinated Kander. Entire cities, such as Fengdu, were moved, from one bank to another; with the construction of the Three Gorges Dam, 1.8 million people were forced to relocate from the 13 cities, 140 towns and 1,342 villages that now are flooded forever. Kander, renowned for his striking portraiture and his large-format landscape photographs, began to see the river as a conflicted symbol of both the nation’s rapid and profound progress while simultaneously the vast eradication of much of the nation’s past.

The photographs, for the most part, use a soft, somber palette. Throughout, there’s a lack of blue sky, just what seems to be a permanent, overcast, industrial haze. The images are sparsely occupied, but not empty. Most often, the individuals depicted are tiny, dwarfed by the river or the structures behind them. It’s a complex paradox that Kander presents: it is the humans, collectively, who are drastically altering the course of the Yangtze, and yet ultimately the river cannot be completely controlled. Moreover, the single individual has little say in China’s brisk progression.

“Nostalgia is the overwhelming feeling inspired by Kander’s pictures of the historical mutation surrounding the Yangtze: the nostalgia of human beings subjugated by their own creations, themselves bound to repeat the cycle and disappear one day in the name of a new idea of progress.” Jean-Paul Tchang, from the Foreward in Yangtze – The Long River.

Nadav Kander was born in Israel, raised in South Africa, and has lived and worked in London for the past 30 years. He has been included in numerous exhibitions, including at the Photographer’s Gallery, London, the Palais de Tokyo, Paris, and the Museum of Photographic Art, San Diego. He is represented within the collections of the Victoria & Albert Museum London, the National Portrait Gallery, London and the Art Gallery of New South Wales, Australia. He was named International Photographer of the Year at the Lucie Awards in 2009. In that same year, he was awarded the prestigious Prix Pictet for the Yangtze – The Long River, and The New York Times Magazine devoted an entire issue to Obama’s People, his 52 portraits of the President’s administration. This is his first exhibition at the gallery.