Edwynn Houk Gallery is pleased to announce our representation of Paolo Ventura and the artist’s inaugural exhibition with the gallery. The exhibition opens on 21 September and continues through 11 November, 2017.

Paolo Ventura, born in Milan in 1968, grew up with storytellers. His father was a popular author of children’s books, while his grandmother told memorable tales of living in the Italian countryside during World War II. Ventura has developed his own inventive approach to narrative, blending two forms of storytelling—one inspired by historical events and the other entirely fictive—with a creative technical approach that has earned him widespread recognition.

Each of Ventura’s photographs involves multiple steps. The process includes building and painting simple sets, dressing and directing actors, and combining photographs of the two in a unique topographic reality. Lovers, soldiers, and jesters are some of the recurring characters, often played by family members, including his twin brother, son, wife, and himself. In this present exhibition, Ventura collages and hand-paints over every image. The resulting tableaus engage each other in dialogue, but each exists as its own imaginative world.

Ventura’s work is characterized by a delicate and complex balance. His images are photographic yet appear painterly; familiar yet dream-like; historical yet modern. Even his artistic inspirations, which are as varied as surrealist painting and Neorealist cinema, find equilibrium in his work. Most importantly, Ventura’s sense of genuine curiosity is contagious. When Ventura hears a story, he is known to exclaim with excitement, “No way! Really?”, as curator Bill Hunt wrote in an essay on Ventura’s work for Aperture Magazine. His photographs invite viewers to share in this spirit of discovery. Seen collectively, the series of images loosely tells a story, as if the artist is drifting from dream to dream, enveloped in the theatrical sets of his own imagination.

Ventura’s work has been exhibited in museums and private galleries worldwide, including at the Italian Pavilion of the 2011 Venice Biennale. Solo exhibitions include Galleria Nazionale d’Arte Moderna, Rome; The Hague Museum of Photography; Halsey Institute of Contemporary Art, Charleston, SC; and MACRO Museum of Contemporary Art, Rome. His work is included in notable public collections including the Boston Museum of Fine Arts; the Lowe Art Museum, Miami; and the Museum Het Valkhof, Nijmegen, The Netherlands. 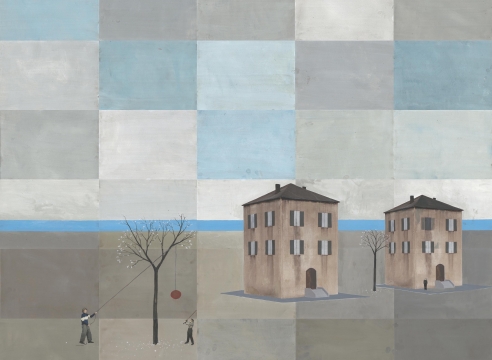 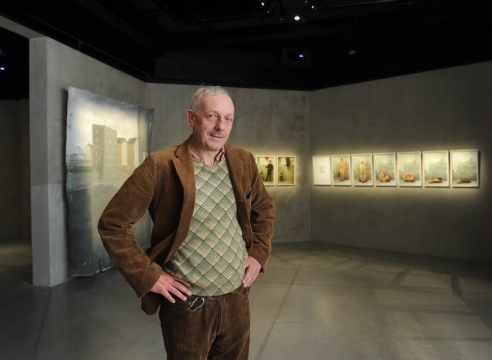 Giorgio Armani’s next exhibition at his Silos space in Milan shines the light on works by Italian artist Paolo Ventura.

“Imaginary Tales,” which runs from Wednesday until July 29, is comprised of about 100 works ranging from photographs and paintings to set designs that revisit reality with a fairy-tale, dream-like streak.

“I photograph what does not exist and I have been integrating painting and photography over the past two to three years, creating imaginary worlds,” Ventura said during a preview on Wednesday. “Photography leads you to believe it is real, but I play on ambiguity.” 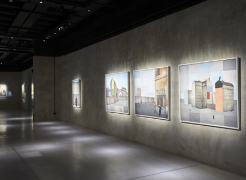 For this exhibition at the Armani/Silos, Paolo Ventura tells the story of an imaginary world, where different forms of expression are the means to transform dreams into reality. ‘Racconti Immaginari’ is an anthology featuring over a hundred works – between photos, objects, set designs and installations – carefully selected by the eclectic photographer to represent his artistic evolution. 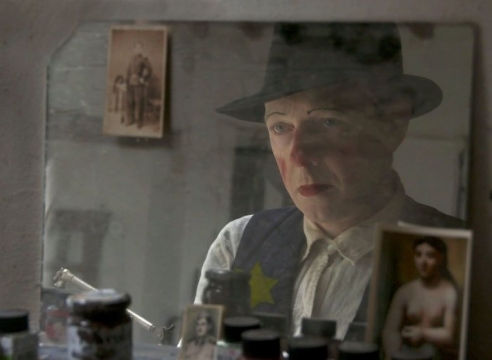 After graduating from the Dutch Film Academy in 1979, Erik van Empel moved more and more towards documentary filmmaking as a cameraman. Established with many international awards he has shot over 100 documentaries. Absorbed with cinematic images in his mind, he decided 14 years ago to direct a film by himself. Now with his third documentary ‘Paolo Ventura, Vanishing Man’ (2015), he won the prestigious Prix Italia.

‘Paolo Ventura, Vanishing Man,’ shows how an Italian artist creates his own timeless melancholic world in a barn on an abandoned mountaintop in Italy. With paint, cardboard, and relics of a human life, he resonates his childhood’s memories and isolation by giving himself and found objects a new magical life. 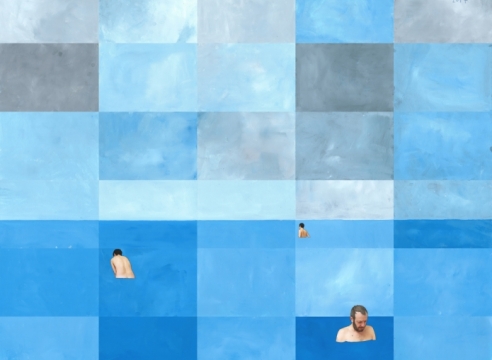 In subject matter, if nothing else, the Italian collagist Paolo Ventura resembles his compatriot Giorgio de Chirico. Both artists depict small human figures against large, and largely empty, cityscapes. And they both have a deep interest in the relationship between the human figure and space. But where de Chirico’s famous paintings, like The Enigma of Arrival, are openly melancholic, Ventura approaches his subject sideways: peopling his works with clowns and musicians, rendering his skies in deceptive, almost innocently light hues.

It’s like watching a comedy acted on a surrealist stage-set. 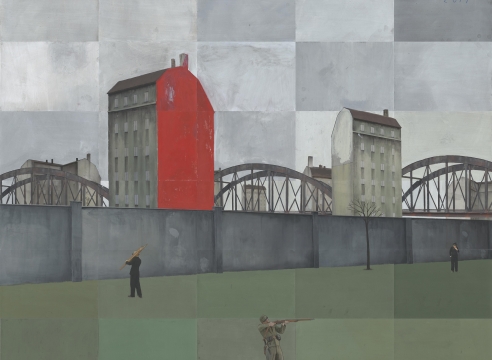 In his new series “Eclipse," Paolo Ventura continues his exploration of memory, history and narrative using the tools of photography, painting and the stage. The series is on view in his first show at Edwynn Houk Gallery in New York City, which runs until November 11. The series includes many of the same characters and types that have appeared in Ventura’s work for years—a clown, a soldier, a man in a sharp suit, a romantic couple, often played by a cast that includes Ventura himself, his twin brother, his son and his wife. The images are set in an eerily empty, urban landscape that recalls Europe in the 1940s, a time and place Ventura knew from stories his grandmother told about living in the Italian countryside during World War II.